Springsteen opens up about depression in new autobiography 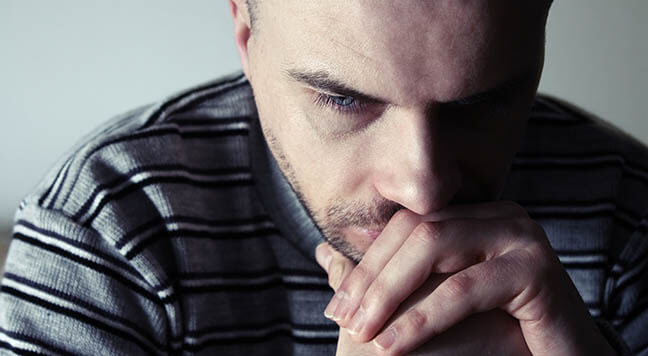 Last week, Bruce Springsteen's long-awaited autobiography "Born to Run" hit bookshelves across the country. Fans of Springsteen may think of the rock and roll legend as immortal. Writing, recording, and churning out music for over 40 years, Springsteen or "The Boss" as he is affectionately called, is known for his legendary live shows, which can last as long as four hours. But Springsteen is human, and humans are flawed. Springsteen recently opened up about his decades-long battle with depression, which he said affected him like "a freight train bearing down."

Springsteen also opens up about his strained relationship with his father, who also suffered from mental conditions, including agoraphobia and hair-pulling disorders, which were neither diagnosed nor discussed. As a child, Springsteen reflects that his father's condition was ordinary and embarrassing. In the midst of his own depression, Bruce feared he was becoming too much like his father.

Depression is one of the qualifying mental conditions for victims applying for Social Security disability benefits. A victim must prove that his or her condition has lasted or is expected to last at least a year and that the condition is severe enough that it prohibits the victim from maintaining gainful employment.

This may not be easy to prove, especially for a mental condition, which does not have easily recognizable or constant symptoms like an injury or disease. Proving your case may be tricky, requiring proof from medical professionals and doctors, prescriptions, and other documents to prove your condition. It may be helpful to seek advice from Terry Katz & Associates to navigate through the process.

Hiring Terry Katz and associates to represent my interests in my Workers Compensation and Social Security Disability case proved to be a smart decision that yielded an extremely successful outcome.

Through the lengthy and intricate process I came to realize just how valuable having a team of highly skilled representation was, and that is just how to describe the law firm of Terry Katz and Associates “Highly skilled legal representation”. I’d like to thank the entire team who worked on both my cases all of whom were always professional, knowledgeable and extremely caring. Throughout my entire case all of my calls and emails were always returned in a timely manner. My questions always answered competently and professionally. I always understood the process and felt a confidence in the process that I would not have had if not for hiring Terry Katz and Associates.

Mostly I’d like to thank Ms. Langdale who worked tirelessly on both my workers compensation case and my social security disability case. Her representation and legal prowess in the court room was nothing short of impressive to witness. I will never forget how confidently represented and protected I felt during her opening remarks at my social security disability hearing.

During these difficult times I was truly grateful to have Ms. Langdale working so diligently and expertly for my interests.