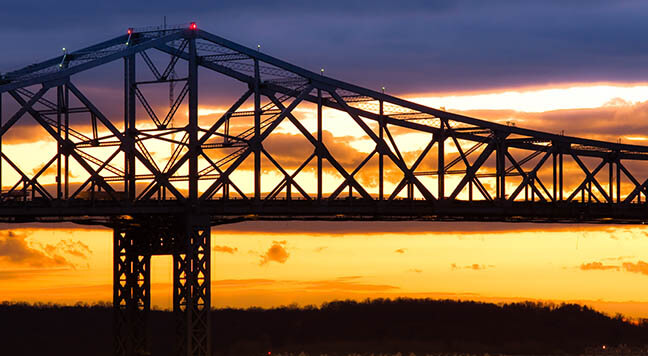 On Tuesday, July 19, a crane used during construction of the new Tappan Zee Bridge collapsed across the existing bridge, crippling traffic on both sides for hours and injuring five people, including two workers. Miraculously, no one died in the accident, though it snarled traffic on the busy bridge, which handles as many as 130,000 vehicles daily. The accident is still under investigation.To date, the crane's black box, an instrument that documents the operations of the equipment, has not been released to investigators, more than 10 days after the accident. This has led to frustration from officials, including the Regional Federal Labor Department in Tarrytown and the federal Occupational Safety and Health Administration who both claim they do not have any information from the black box.The black box would reveal the exact angle of the boom at the time of the accident, the actions that were being done by the crane at the time of the collapse, and the weight of what the crane was lifting. From a legal perspective, the contents of the black box could be important for workers who were injured in the crash.Employees who are involved in a workplace injury may be entitled to workers' compensation for their injuries. In addition, depending on the severity of the injury and the length of recovery, work accident victims may be able to receive Social Security Disability benefits. Benefits may be granted to victims whose injuries are expected to last at least a year or end in death, and prohibit a worker from continuing gainful employment.Source: NPR, "Crane Collapses On Tappan Zee Bridge In New York, Injuring 5," Camila Domonoske, July 19, 2016