Lying on an SSD application is never a good idea 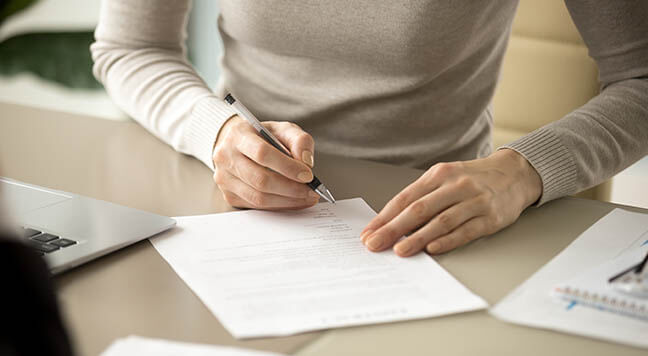 Most people know that if a condition from the Compassionate Allowances list appears on an application for disability benefits, then the application is more likely to be approved. That's because the conditions on the Compassionate Allowances list have already been vetted by the Social Security Administration, meaning an application could be fast-tracked through the process.Most people also know that if the disabling condition they do have doesn't appear on this list, the application process can take significantly longer or may not result in benefits at all. It's because of these facts that some people may contemplate putting conditions on their application form simply to get it fast-tracked. We'd like to warn our readers now though that this is a bad idea because not only could it jeopardize your chances for benefits, it could lead to criminal charges as well.When an individual fills out an application for Social Security benefits, they are asked if the information they provided is accurate and true to the best of their knowledge. By indicating that it is, an individual is accepting responsibility for any statements that may be incorrect or false altogether. If the latter is true and false statements were knowingly made, then a person could be accused of fraud and suffer the penalties.Though it might seem innocuous to over exaggerate the impact a disability is having on your life or include other conditions just to get your application fast-tracked, we hope you can see that this is a bad idea. Not only could a person face time in jail, but they could also face fines and be asked to pay back benefits to the Social Security Administration as well. Because of what's at stake, a person may want to obtain the legal services of an experienced lawyer and are advised to do so.Sources: The Office of the Inspector General, "What Is Fraud, Waste, or Abuse?" Accessed June 2, 2015