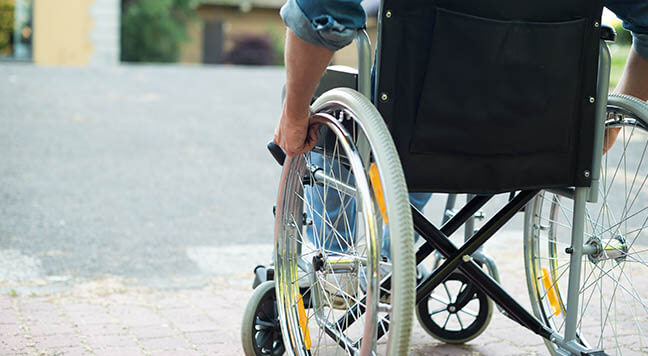 Thanks to persistent political ads from both sides of the aisle and the media's constant analysis of every move the presidential candidates make, there's no doubt that election season is well underway. With about three weeks left until Election Day, many people in New York are registering to vote and figuring out where their local polling stations are. What most people may not consider, though, is whether they will actually be able to access their polling site.According to the New York City Board of Elections, of the 1,255 polling stations through the city, 57 are not up to standards set by the Americans with Disabilities Act. Many polling centers fall short when it comes to wheelchair accessibility. In fact, over the past nine years, samples of voting places in New York City have shown that several of them have a 70 to 80 percent access barrier for those who live with a disability.For those in New York who have a disability that would limit their ability to get to or access a polling station, there may be options. The New York City Board of Elections is allowing disabled voters who would normally be required to vote at one of the 57 venues that do not meet ADA standards for accessibility to register at another polling station that is accessible. The board says it will mail letters to voters explaining how they can do this.Why, in 2012, is making polling stations accessible to disabled people still a problem? Most people point to funding. Between 2003 and 2012, Congress handed out roughly $3.25 billion to states to help them get the voting process, including better voting equipment, up to ADA standards. However, very little of that money went to making the buildings themselves accessible. While we're better off now than we were in the past, it seems there is still a ways to go to make sure everyone is able to access their polling stations. Hopefully, the weeks leading up to the election, officials will continue to work to find ways to ensure people with disabilities get to cast their ballots in the upcoming election.Source: CNN Money, "Disabled voters face Election Day challenges," Parija Kavilanz, Oct. 11, 2012