How Does The Workers' Compensation Board Hearing Process Work? 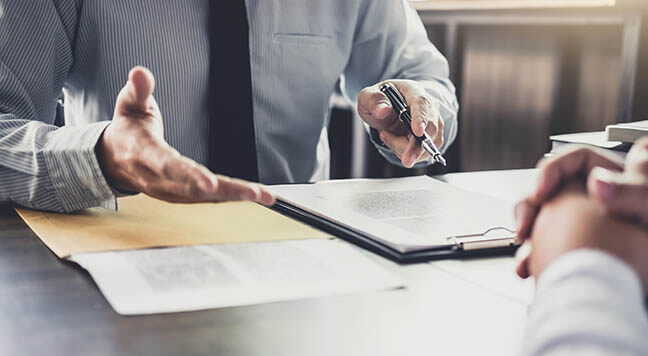 After an employee files a workers' compensation insurance claim, the insurance carrier decides if they are accepting or contesting the claim. In cases where a claim is contested, it proceeds through the New York Workers' Compensation Board.The Workers' Compensation Board is an administrative court that oversees cases. How does the hearing process work if a claim goes before them?Hearings And AppealsHearings and trials are held before a Workers' Compensation Law Judge, who will take testimony from both sides. This judge will review your medical records and wages to determine if a claim is valid or not. The judge will issue a decision and set the award amount.Cases against a workers' compensation insurer can be complicated, which means the hearing before the board is often lengthy. Both parties have the option to appeal the decision, in writing, within 30 days of the decision. Insurers can also choose to accept part of a case and appeal another, which can complicate matters further.Three board members will review appealed cases, and they will decide if they agree, change part of a decision or reject the appeal. It is also possible they may return the case for more hearings.A decision can be appealed further to the full Workers' Compensation Board of Commissioners, who can either agree with, change, or overturn the decision. After that, any further appeals go through the Appellate Division, Third Department, Supreme Court of the State of New York.Legal RepresentationWorkers' compensation insurers often find many reasons to dispute a claim and not pay out, and they have a large legal team to defend them in a case and throughout an appeals process. Having your own advocate can be a helpful advantage, especially considering the insurer is not required to pay out lost wages while the appeal is being reviewed - unless the board upholds a decision to pay out to you.If you were injured on the job and believe you may need assistance throughout the claims process, especially if a hearing becomes necessary, talk to an experienced workers' compensation attorney, who can help collect necessary evidence and navigate the claims and hearings process. Going before the Workers' Compensation Board may seem daunting, but it doesn't have to be.

This is Rickey Price, I want to say thank you to Terry Katz & Assoc for the fine work they put in pertaining to my cases, from the beginning when it didn't look so bright they stood by me, from Worker's Comp to my Disability case all was worth the wait and I give them 5 star service all around the board.