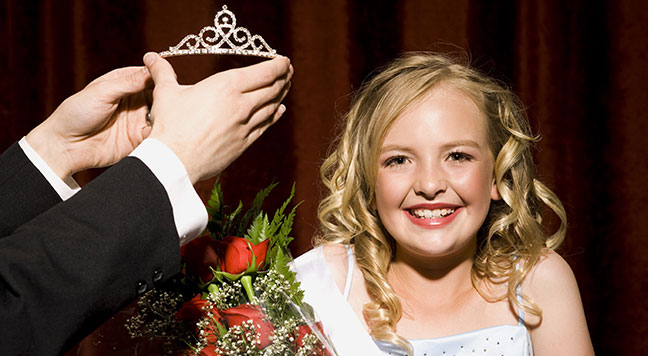 What do you think of when someone says the words "beauty queen?" If you watched the recent Miss USA pageant, it's clear that the traditional beauty queen is slender, composed, and modelesque. Perfect hair, perfect teeth, and a toned body, however, are not telltale signs of beauty -- and a new HBO documentary hopes to convey that sentiment by following young beauty queens who also have disabilities.The show, titled "Miss You Can Do It," documents the happenings of an annual pageant in Illinois. What makes this pageant unique from traditional pageants in New York and elsewhere is that all of the contestants have either a mental or physical disability.What also sets this pageant apart from others is that every contest gets a crown. The woman who started the pageant in 2004 went on to represent her state four years later at the Miss USA pageant. In the documentary, the contestants of the Miss You Can Do It pageant have a range of disabilities including cerebral palsy, spina bifida, and Down syndrome. While these disabilities might be seen as a downfall in other pageants, at Miss You Can Do It, they are celebrated.Living with a disability can make some people feel like an outsider, so it is fortunate that some find ways to celebrate differences. However, some New York residents know that living with a disability can be very challenging, but physically and financially. To help relieve financial stress, it may be a good idea to apply for Social Security disability benefits.Source: Disability Scoop, "HBO Documentary Follows Beauty Queens With Special Needs," Michelle Diament, June 17, 2013