Apply for disability benefits after receiving a cancer diagnosis 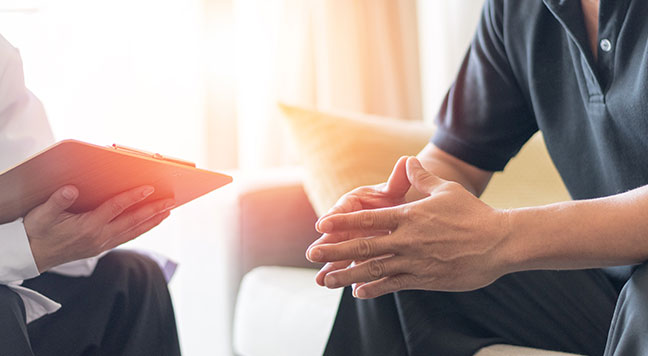 Cancer may be a risk to people of all ages, but for older Americans, the risk of some types may be greater. Prostate cancer is one example. This type of cancer usually affects men who are middle-aged or older.Prostate cancer is often diagnosed by a blood test. With routine screening, a test may detect cancerous cells before they have spread outside of the prostate.It’s unclear what causes prostate cancer. Doctors understand that cancer cells generally involve abnormalities in the DNA of healthy cells. Those cancerous cells often display uncontrolled growth and will invade healthy tissue.Current treatments for cancer may include chemotherapy, radiotherapy, and surgery. Yet the side effects of each may be substantial. In the case of chemotherapy, many patients delay this option for as long as possible.Yet treating prostate cancer after it has metastasized to tissues outside of the body may also be difficult. A recent study of 790 patients whose prostate cancer had metastasized and/or returned found that chemotherapy regimens started earlier in a treatment plan increased their survival by nearly 14 months, on average.Given these challenges to fighting prostate cancer, a worker diagnosed with this condition should explore his eligibility for disability benefits as soon as possible. It’s better to start the application process early, rather than waiting. Although prostate cancer is on the Social Security Administration’s Compassionate Allowances list, even that expedited processing requires some time. An attorney can explain the process in greater detail, as well as the expected timetable for receiving a decision on a pending application for Social Security disability insurance benefits.Source: The New York Times, “Early Chemotherapy Extends Lives of Men With Prostate Cancer, Study Finds,” Andrew Pollack, June 1, 2014