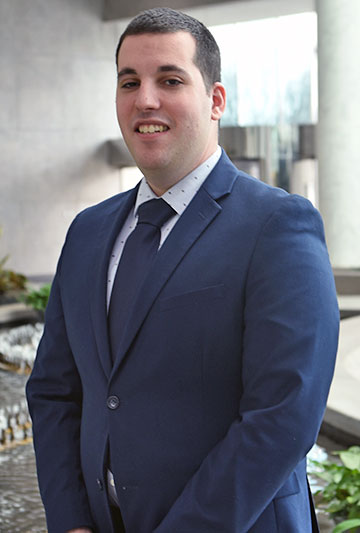 Mr. Herman has been representing injured workers since his second year of law school in 2014. He handles cases from the beginning phases up until permanency/settlement and all aspects in between. His practical litigation skills, combined with a comprehensive knowledge of the intricacies of New York State’s complex Workers’ Compensation system, has served to the benefit of injured workers all throughout the New York Metropolitan Area. Mr. Herman has appeared in front of Workers’ Compensation Law Judges at Boards in Manhattan, Staten Island, Brooklyn, Queens, Nassau, Suffolk, Westchester, and Ulster County.

Mr. Herman has served as a zealous legal advocate for New Yorkers even prior to his representation of injured workers. In 2013, Mr. Herman was as a legal assistant in a prominent plaintiffs’ injury law firm in NY. There he conducted legal research and assisted with pre-trial acts of litigation for a multitude of personal injury claims involving slip and falls, pedestrian-car accidents, and numerous other cases involving motor vehicle accidents. He helped guide injured plaintiffs, filed motions throughout the New York City area in the State’s Supreme Court, and researched statutory and case law to help develop the litigation strategies for the firm.

Mr. Herman continues his passionate legal advocacy working for our firm and fighting for injured workers daily. His representation of Workers’ Compensation claimants involves all aspects from the initial phases of filing, throughout the trial and appellate process, and all the way to permanency awards and settlements.